The Wests Tigers were formed at the end of the 1999 NRL season as a joint venture between two foundation NSWRL clubs – the Balmain Tigers and the Western Suburbs Magpies. Plenty of fans of both clubs did not support the decision at the time, and some still don’t. The Tigers’ number one supporter, the late great Laurie Nichols, died the week before the joint venture was due to play their first match. Maybe it was from a broken heart.

Still, time heals many wounds. Both Balmain (11 premierships) and the Western Suburbs (4 premierships) had very proud histories in first grade. Since their formation, the Wests Tigers have won one premiership, when Scott Prince led a young team to a 2005 grand final victory over the Cowboys.

Coming up with the all-time greatest 13 from all that history is sure to spark some debates, especially among those who have never really accepted the forming of the joint venture.

Given the rich 20th century history of both the Balmain and Western Suburbs clubs, I’ve only found a place for one modern Wests Tigers player. Robbie Farah, though, is a debatable omission.

Some absolute legends from yesteryear have also missed out. From Balmain, the likes of fullback Keith Barnes, winger Larry Corowa, 1990s star Tim Brasher, and the seventh rugby league immortal Artie Beetson (who I previously named in the Roosters all-time greatest XIII, because he played more of his career there) missed out.

Magpies greats who could count themselves unlucky include legendary five-eighths Vic Hey and Terry Lamb (though Lamb spent the bulk of his career at Canterbury), as well as halfback Tommy Raudonikis. Then there’s the great Arthur Summons, another who I couldn’t squeeze in. Together with the giant Norm Provan (a member of our St George all-time greatest XIII), he has been immortalised on the Provan-Summons trophy that is presented to modern day NRL premiers. The muddy ‘Gladiator’ photo of them embracing after the 1963 grand final captures the spirit of rugby league.

In the end, I’ve chosen players who had longer careers, more success or were individually more influential in the teams they played in. The stats I’ve listed for each player in the all-time greatest XIII below only include their performances for Balmain, the Magpies or the joint venture, not for other clubs or in representative matches.

Garry Jack was a tough-as-nails fullback who contributed heavily in both attack and defence. He claimed the Golden Boot award in 1986 and was instrumental to the success of the great Balmain teams of the late-1980s (arguably among the best club teams to never win a premiership). Ironically, Jack was initially signed by Western Suburbs and made his first grade debut for the Magpies, before forging a superb career over 14 seasons at the Tigers. He went on to represent New South Wales and Australia with distinction.

Peter Dimond represented Australia as a teenager while playing for Dapto, before signing with Western Suburbs at the age of 20. The powerful winger starred for the resurgent Magpies, playing in four grand finals against the legendary St George Dragons side. Revered as much for his toughness as his speed, Dimond continued his representative career for the majority of his ten seasons with the Magpies and retired as the club’s all-time leading try-scorer. 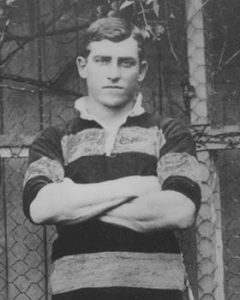 Charles ‘Chook’ Fraser played an incredible 17 seasons with Balmain, winning six titles (including one as captain-coach in 1924). Remarkably, two of those premiership-winning teams went through the season undefeated! Fraser was the focal point of one of rugby league’s greatest backlines and was the competition’s leading point scorer on two occasions. He became Australia’s youngest representative when he was selected to play for the Kangaroos at just 18 – a record that stood for nearly 80 years until it was broken by Brad Fittler – and went on to captain his country on the 1921-22 Kangaroo Tour of Great Britain.

Harry Wells was another player who represented Australia from the country, before spending six seasons with Western Suburbs where he continued his representative career. A big, blockbusting centre known for his sharp attacking skills, he was a key cog in Wests’ resurgence, helping transform the Magpies from wooden spooners in 1955 to grand finalists in 1958. Wells captained the Magpies to the ’58 decider, but unfortunately missed the 1961 final due to injury. He played in three World Cup campaigns (two while at the Magpies), where he formed a lethal centre partnership with Rugby League Immortal Reg Gasnier.

– Harry Wells on his combination with Reg Gasnier

Bobby Lulham was a try-scoring freak for the Tigers over seven seasons and a member of their 1947 premiership-winning team. That year (Lulham’s incredible debut season), he was the competition’s leading try-scorer with 28 – a season tally that remains a Balmain first grade record. Lulham was fast and could step equally well off either foot, making him a constant attacking threat. Despite playing only 85 matches for the Tigers, he still holds the record as Balmain’s most prolific try-scorer.

Benji Marshall was a breath of fresh air when he debuted for the Wests Tigers in 2003; his attacking flair generated a highlights reel that will surely be enjoyed by rugby league fans for decades to come. His most memorable moment was a break and flick pass in the 2005 grand final that led to a stunning try for Pat Richards. Marshall’s speed, ball skills and ability to step often left defenders grasping at thin air.

Benji’s form with the Tigers saw him selected to play for his country at the age of 20. He went on to represent the Kiwis for the next eight years, including captaining them to an upset World Cup victory in 2008. Marshall was awarded the Golden Boot in 2010 and is considered one of New Zealand Rugby League’s greatest ever players.

Benji equals anybody I’ve seen in terms of flair, and making something happen. He is a remarkable talent, born out of living on the edge. That’s the way he is. He was made to be a footballer. 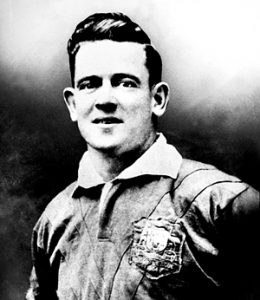 Keith Holman holds the record for the most first grade appearances for the Western Suburbs Magpies (203), a club he only joined after being rejected by both Souths and Manly. He subsequently became the Australian halfback for nine seasons due to his consistently brilliant form for Wests. Very physically fit and terrier-like in defence, he was nicknamed “Yappy” for his constant talk on and off the field.

Sadly, Holman missed Wests’ 1952 premiership victory due to being on a Kangaroo Tour at the time of the grand final. He lost the two grand finals he played in during his fourteen seasons with the Magpies against the great St George team of that era.

A tough, intimidating prop with a short fuse, Steve ‘Blocker’ Roach never took a backward step against anyone. He was a skilful ball player and a key member of the great Tigers’ forward pack in the late 1980s. Roach controversially missed Balmain’s 1988 grand final loss to Canterbury through suspension. He was also famously replaced by coach Warren Ryan with fifteen minutes to go in the Tigers’ heart-breaking 1989 grand final loss to Canberra, a match regarded as one of the most thrilling grand finals of all time. Roach was a mainstay of New South Wales and Australian teams over the course of his career.

Benny Elias was a creative and skilful dummy half who was pivotal to the Tigers’ dominant forward pack in the late 1980s. He had a fierce rivalry with opposing hookers Mario Fenech (South Sydney) and Steve Walters (Canberra) throughout his career. Elias was voted the Rugby League Player of the Week in 1988 and played numerous State of Origin and Test matches.

Unusually for a hooker, he kicked a lot of field goals in his career – but it is one that he missed that will never be forgotten by Balmain fans. His 1989 grand final attempt hit the cross bar in the dying minutes of the Tigers’ dramatic loss to Canberra. Had it been an inch higher, Balmain would have won the premiership that many believe they deserved in that era.

Noel ‘Ned’ Kelly was a tough, old school player who holds the dubious distinction of being sent off 17 times in his career. What sometimes gets lost with that statistic is the fact that he was also a brilliant player who dominated in an era where the game was very different to today. Initially making his name as a hooker and later as an outstanding prop forward, Kelly played in Wests’ three consecutive grand finals in the early 1960s. He was selected for three Kangaroo Tours to Great Britain / France and, in 2008, was named in Australian Rugby League’s Team of the Century.

Paul Sironen was a giant and mobile forward who holds the record for the most first grade games with Balmain. Always destined to be a star, ‘Siro’ burst on to the scene in 1986 and claimed the Dally M Rookie of the Year Award. His size and surprising speed made him a major attacking weapon for the Tigers throughout his career, always attracting the attention of numerous opposition defenders. He was rewarded for his Tigers’ form with two Kangaroo Tours to Great Britain and France and 14 State of Origin appearances for New South Wales.

Kel O’Shea was another Wests player who represented Australia from the country prior to becoming a key signing for the club in the mid-1950s. His brilliant form continued at the Magpies, where he played in two grand finals (and was denied two others through injury). At representative level, the uncompromising O’Shea built a deadly combination with club nemesis Norm Provan. O’Shea played 20 tests for the Kangaroos and was a key member of Australia’s victorious 1957 World Cup team.

Wayne Pearce was captain of the great Balmain team of the mid-to-late 1980s and won the Rothman’s Medal (the equivalent of today’s Dally M Medal) for the best player in the competition in 1985. A great leader and a fitness fanatic, his work-rate was far superior to most other backrowers of his era. Pearce was a local junior who played with intense passion in his prized Balmain jersey, as well as for New South Wales and Australia.

So that’s my opinion for the Wests Tigers’ all-time greatest 13, taking into account the rich history of two foundation clubs and the joint venture. What are your thoughts and how do you think these greats would stack up against South Sydney’s all-time greatest team?