The role of the rugby league prop forward has changed considerably over time, yet many qualities that characterised the front-row greats of yesteryear are shared by modern bookends: strong defence, fearless running, a thirst for work, courage and a dash of skill.

Like any ‘greatest ever’ list, many wonderful players miss out. The quality of props through the eras means there was only room for three players whose careers began during the 1980s or later.

Old-time enforcers such as Brian Davies and John O’Neill were strongly considered, while Kangaroos staples of 1980s, ’90s and 2000s such as Craig Young, Steve Roach, Paul Harragon, Ian Roberts and Steve Price would surely land in many pundits’ top 10.

Likewise, current prop stars Matthew Scott (an unlucky omission from this compilation), Jesse Bromwich, Andrew Fifita and Aaron Woods may be considered essential choices by the time they hang up the boots.

Remarkably, six of the 10 front-rowers chosen here hailed from Queensland.

Noel ‘Ned’ Kelly was a controversial choice as hooker in the Australia and Queensland Teams of the Century – he played much of his career as a prop – but the selection was an expression of his stellar career in the front-row: a place had to be found for the colourful enforcer. Famous for his unmatched records for send-offs and broken noses, Kelly became the first front-rower to make three Kangaroo Tours – in 1959-60 from Ipswich, and 1963-64 and ’67-68 from Sydney’s Western Suburbs. He made 12 of his 28 Test appearances as a prop, while he featured in three Grand Final defeats for the Magpies. A brutal, take-no-prisoners customer, Kelly ranks as one of the most popular characters of Australian Rugby League’s golden era.

Noel Kelly was named in our Greatest Wests Tigers Team 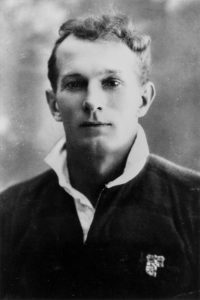 Herb Steinohrt remains one of the most revered figures in Queensland Rugby League history. He was the rugged front-row leader of the dominant Toowoomba and Queensland combinations of the 1920s, finishing his career with 34 interstate appearances from 1925-33. Steinohrt played nine Tests, featuring in the 1928 Ashes series and on the 1929-30 Kangaroo Tour before captaining Australia against England in the 1932 home series. Equally valuable in the second-row, the unanimously respected Steinohrt was named as a reserve in the Queensland Team of the Century in 2008.

A relentless, hard-hitting front-row workhorse, Fiji-born Petero Civoniceva achieved all-time records for most Tests (45) and Origins (33) for a forward – testament to his supreme durability and the quality and consistency of his play. The tall, raw-boned prop featured in Brisbane’s 1998 and 2006 Grand Final victories, before an admirable four-season stint as captain of a young Penrith outfit. He finished his career with the Broncos in 2012, becoming the first career front-rower to play 300 first grade games. Civoniceva won the Harry Sunderland Medal in 2006 and was named Queensland’s Players’ Player in ’08 and ’11. 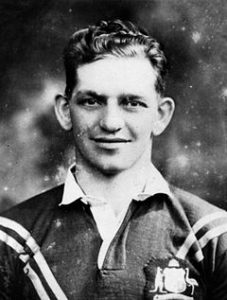 Voted on by some of the most experienced and respected judges in the game, the best-ever Australian line-up named in a 1982 Rugby League Week promotion contained Peter ‘Mick’ Madsen alongside Duncan Hall at prop. While he was a surprise choice, Madsen’s credentials are watertight: he played a then-record 36 games for Queensland (1928-37), nine Tests for Australia and embarked on two Kangaroo Tours, and was regarded as one of the toughest and most courageous players of the era. The powerful Toowoomba front-rower was named in the Queensland Team of the Century in 2008. 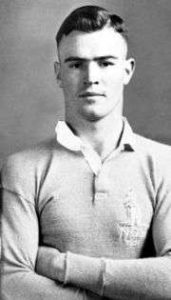 Ray Stehr was one of rugby league’s most successful props

Easts legend Ray Stehr’s status as one of the most colourful characters Rugby League has produced is matched only by his standing among the code’s greatest forwards of all time. The youngest first grade player in history at 16 years and 85 days, Stehr’s career spanned 17 seasons (1929-45) and encompassed premiership victories with the Tricolours in 1935-37, ’40 and ’45 – the latter two as captain. An unrelenting front-row warrior and a brutal enforcer, Stehr pushed the rules to their limits – he was sent off twice during the 1936 Ashes series – but represented Australia in 11 Tests and on two Kangaroo Tours. He established records for most first-grade games (184) and appearances for NSW (30).

A reserve in the NSW Team of the Century named in 2008, Manly stalwart Roy Bull was one of the code’s most respected players of the late-1940s and ’50s. Bull was a dominant scrummager who excelled in the trenches during a tough era, playing 25 Tests for Australia and making two Kangaroo Tours. Although he was not the most mobile of forwards, Bull was super-fit and unwaveringly hardworking on the field. His 177 games for Manly encompassed three Grand Final defeats, while he captain-coached the club in 1953.

Brisbane great Shane Webcke challenged Glenn Lazarus’ mantle as the finest prop of the modern era and was unanimously regarded as the best in his position for the majority of his magnificent career. A durable and courageous front-row powerhouse, Webcke played 21 consecutive Origin matches for Queensland and represented Australia in 25 Tests, while his ability to defy serious injury to continue playing was awe-inspiring. Webcke famously produced one of the most courageous grand final performances of all time, returning early from a broken arm to help Brisbane to victory in 2000. The three-time Dally M Prop of the Year was the pack anchor of the Broncos’ 1997-98, 2000 and 2006 premiership successes, retiring in triumph after the ’06 Grand Final, his 254th first-grade appearance.

Glenn Lazarus was the dominant front-rower of the 1990s and the prototype for the modern-day prop – big, mobile and a rock-solid defender, with a liberal dash of skill to top it off. The only player to win Grand Finals with three clubs, Lazarus was the engine-room cornerstone of Canberra’s, Brisbane’s and Melbourne’s inaugural premiership successes. Lazarus was equally dominant at representative level, starring on the 1990 and 1994 Kangaroo Tours and laying the forward platform for NSW Origin series victories in 1990, 1992-94 and 1996. He was named as a prop in the NSW Team of the Century in 2008 and also featured in our team of the 1990s.

Inimitably tough and skilful, front-row enforcer Duncan Hall was one of five Queenslanders picked in the ARL’s Team of the Century in 2008—but was the only one to not feature in the NSWRL premiership. His outstanding performances in 23 Tests for Australia swayed the judges to include Hall, whose nomadic career featured stints in Rockhampton, Home Hill, Toowoomba, and Brisbane with Valleys and Wests. He proved a frequent thorn in the side of British Test teams, clashing with some of the great forwards in home Ashes series triumphs in 1950 and 1954, and on the 1952-53 Kangaroo Tour. Never taking a backward step in the face of provocation or intimidation, Hall was a tremendous scrummager and expert of tight forward play, but he was also a prolific try-scorer for a prop, crossing for nine Test tries. Hall’s selection in the Australia and Queensland Teams of the Century was due recognition for the outstanding front-row forward of one of the game’s toughest eras.

A master ball-player and arguably the greatest attacking forward Rugby League has ever produced, Arthur Beetson’s vast list of achievements in the game is matched only by his phenomenal natural ability and magnetic personality. The burly forward battled criticism for perceived laziness for much of his career and garnered a reputation as a hothead (he missed Balmain’s 1969 Grand Final win with suspension), but he quashed those jibes after being handed the captaincy at Easts and magnificently leading the Roosters to emphatic premiership victories in 1974-75. Inconceivably skilful and fast for a big man, Beetson was a cornerstone of much of Australia’s success during the 1970s, while his role as the 35-year old skipper of Queensland’s inaugural State of Origin side in 1980 provided a glorious addendum to his colossal legacy. Named as the seventh Immortal in 2003 – one of only two forwards (with Johnny Raper) to receive the prestigious tag – Beetson was honoured with selection at prop in the ARL Team of the Century, and in the second-row in the Queensland Team of the Century in 2008.

He was probably the greatest forward we’ve ever seen – and will probably ever see.