Code-swappers are our greatest advertisement

In recent years we have seen a number of rugby league players deflect to other sports. Whilst several players have made the (relatively minor) transition to rugby union, Anthony Mundine has become a highly ranked boxer and Karmichael Hunt a strong AFL midfielder.

Many rugby league fans don’t want these players to succeed, feeling that they have abandoned the code. The media creates fear; a mass exodus is just around the corner. In contrast, I love seeing these players excel in their new sports. The success of these players is actually a fantastic advertisement for the game of rugby league.

Think about it; most AFL fans would not expect a rugby league player to compete in the elite AFL competition. If an AFL player joined an NRL side, I would be astounded if that player secured and maintained a first grade spot – astounded. AFL fans wax lyrical about the intense cardiovascular demands and the 360-degree element of their game. Karmichael Hunt’s relative success is evidence that rugby league produces well-rounded, highly skilful athletes capable of competing in any environment. 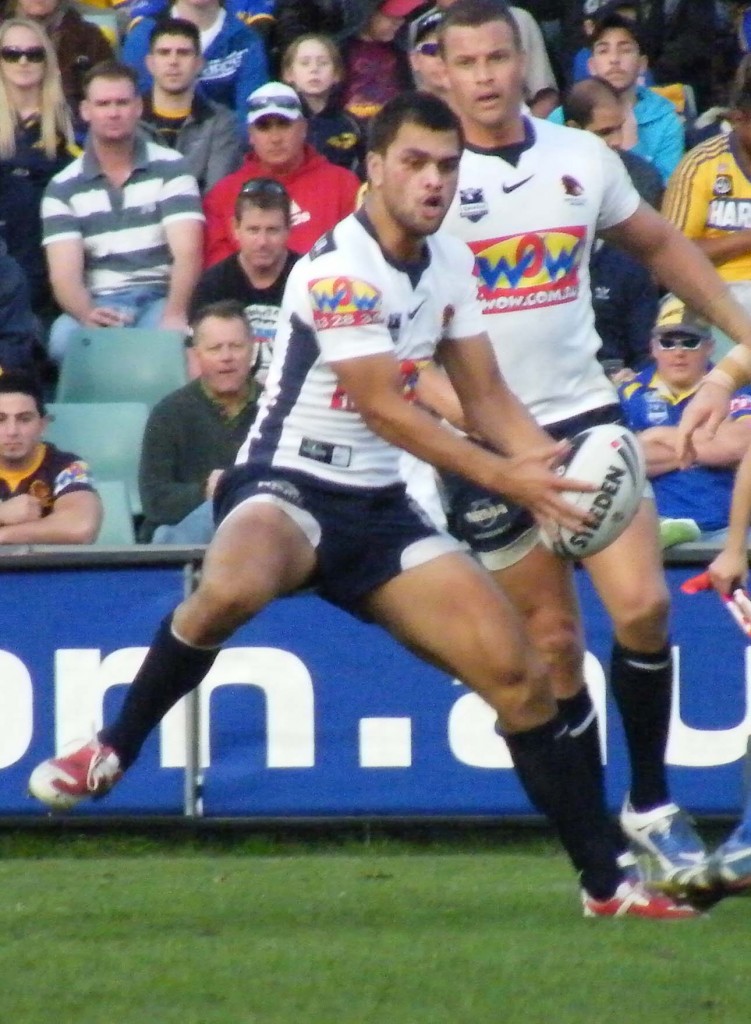 Karmichael Hunt back in his Broncos days.

When Sonny Bill Williams was playing rugby union in France, what do you think the fans were talking about? Were they laughing at rugby league’s inability to secure the prodigiously talented Williams? Perhaps. More likely, though, they wondered, “If this is the standard of player in the NRL, how tough must that competition be?”

Similarly, every time Anthony Mundine steps into the boxing ring, he is the “former rugby league player”. Whether fighting in Western Australia or the United States or anywhere else, he creates immediate interest in the game of rugby league.

So, whilst Mundine and Williams command little respect from NRL fans (after each walked out on their contracts in a child-like tantrum), they are inadvertently doing more for rugby league than our most loyal players ever could.