Through most of rugby league history, it has been the halfback who has been not only the key playmaker, but the most important player in any side.

The half has been the general: Organising his forwards, directing play, taking on key kicking responsibilities and accepting responsibility for a crunch play when a match is in the balance.

That hasn’t changed. But in recent seasons the role of the fullback has become at least as important – and perhaps more so.

Sure, successful sides still look to the likes of Cooper Cronk, Jonathan Thurston, Daly Cherry-Evans, Mitchell Pearce or Jamie Soward to guide them around the park.

But it could just as easily be argued that the most influential players in the game include the likes of Jarryd Hayne, Greg Inglis, Billy Slater and Brett Stewart.

There was a time when the role of the fullback was simply to be good under the high ball and tough enough – or, even better, elusive enough – to take it back hard at the opposition.

Less than 15 years ago, the great Darren Lockyer was moved by “super coach” Wayne Bennett from fullback to the halves in order to have greater impact on the game.

These days it goes the other way. 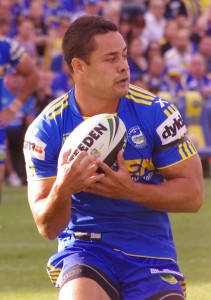 The New Generation of Fullbacks

Perhaps the influence of the fullback on matches has grown because the NRL has a plethora of outstanding talent in the position (Anthony Minichiello, Matt Moylan, Anthony Milford and Sam Tomkins are just a few others).

More likely it’s because, in the modern era, the fullback is the player that can impact the play on both sides in attack and directs the front line in defence.

There are few who could argue that Hayne’s influence on the Parramatta side is instrumental to any recent Eels success. While Hayne has played every position in the backline, at fullback he is able to inject himself into the attacking play at critical times and exploit or create opportunities for himself or those around him. Hayne topped the 2014 tryscorers list, made more line breaks than any other player in the competition and had a dominant impact on the State of Origin series.

Inglis – similarly big, strong and mobile – could also slot himself into just about any position, but has proved to be more damaging in both attack and defence since switching to the fullback role with the Rabbitohs. His ability to involve himself and impact a game is greater than at any other time in his career.

Slater has for many years been regarded as among the best fullbacks to ever strap on a boot. His attacking timing, ability under the high ball and his innate combination with Cronk make him every bit as vital a cog in the well-oiled Melbourne machine as his number seven. 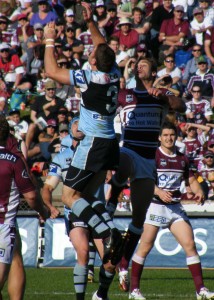 At Manly, Cherry-Evans and Keiran Foran are widely regarded as the best halves combination in the game (arguably, one of the greatest ever halves combinations). But few experts would argue that Brett Stewart isn’t the most influential Sea Eagles player. Stewart may be renowned for his try scoring ability, but he steers his side from behind and only Thurston laid on more try assists during the regular season in 2014.

When Stewart went down at half-time in Manly’s round one encounter with the Storm, the Sea Eagles were a rabble as they surrendered a 20-0 lead to the Storm. Souths, with their fullback Inglis injured in the opening minutes against the Tigers in round three, looked every bit as disorganised in going down 25-16 against a side they were expected to beat convincingly.

The Bulldogs provide another case in point. With Ben Barba in scintillating form at the back in 2012 they rose to an unexpected grand final position. When he struggled in 2013 the Dogs failed to find their mojo. With winger-cum-fullback Sam Perrett at the back, they have a more than capable custodian in the traditional mould – solid under the high ball and strong bringing the footy back. Nobody doubts Perrett’s ability, but the Bulldogs miss – and are widely known to be seeking – the added spark of a superstar fullback.

A great fullback not only possesses the traditional custodian’s skills, but is tough, calm under pressure, a steadying influence and, most significantly, a strike weapon. No side can do without one.