Few positions attract players with a wider range of styles than the second-row.

The ball-players such as Gavin Miller, hitmen such as Trevor Gillmeister, the wide-running attackers such as Bob McCarthy, the workhorses such as Craig Fitzgibbon, and some who possessed all of those qualities.

The striking feature of this top 10 is the lack of entries from rugby league’s modern era – only two second-rowers who played after the mid-1970s are included – but the claims of the four pre-war players and the four 1950-70s stars are hard to deny.

Regrettably, there was no room for recent greats like Paul Sironen and Nathan Hindmarsh, while Les Boyd, Rod Reddy, Mark Graham and Dick Thornett were strongly considered, and the great Queensland and Wests Magpies hard-man Kel O’Shea was shaded for the No.10 slot.

The most prolific try-scoring forward in the history of the game and one of the most durable players the code has ever known, ‘Beaver’ crossed for 180 tries in 349 games for Manly and Northern Eagles from 1993-2008. Both tallies were the second-highest of all time when he left the NRL in triumph after the Sea Eagles’ 2008 grand final win, his second premiership success. Menzies, who crafted an extraordinary combination with Cliff Lyons at club level, also scored 12 tries in 15 Tests for Australia and represented NSW in 20 Origins, but he was far more than merely a try-poacher. He was incredibly hardworking on both sides of the ball and an underrated hard-hitter in defence – one of the most valuable forwards of the modern era even without his unparalleled ability to find the stripe. Menzies played at least 22 first-grade games a year from 1994-2005 and hit double figures in the try department in nine seasons, including 20-plus on three occasions.

The son of legendary pioneering hooker Sid ‘Sandy’ Pearce, ‘Joe’ Pearce carved out a brilliant career of his own, becoming one of the great pre-World War II forwards. Part of Easts’ dominant forward pack that powered the club to premierships in 1935-37 and ’40, he played 31 games for NSW and 13 Tests for Australia, touring with the 1933-34 Kangaroos after captaining the Tricolours to the ’33 finals. A broken leg prevented a second tour four years later, but the powerful, rugged and skilful forward’s status as one of the great second-rowers has never been in doubt.

Joe Pearce was named in our greatest ever Sydney Roosters side.

Among the most destructive ball-running forwards in Rugby League history, the intimidation factor Gorden Tallis brought to the table in attack and defence rendered him one of the game’s top players of the late-1990s an early-2000s. He started out as an impact player at St George, but became a vital cog of Brisbane’s premiership-winning sides of 1997-98 and 2000. An Origin icon, Tallis skippered Queensland in 10 of his 17 appearances, while he scored nine tries in 13 Tests for Australia. The aggressive game-breaker fought back from a serious neck injury at the height of his career to finish with 66 tries in 214 first grade games.

One of South Sydney’s greatest players, Bob McCarthy was a revolutionary figure, utilised as a devastating wide-running second-row forward to combat the changes the limited-tackle rules made to the game. McCarthy’s combination of speed, power and size saw him become one of the game’s most dangerous attacking weapons of the 1960s and ’70s. Playing in five Grand Finals for the Rabbitohs, McCarthy won premierships in 1967 and 1970-71, scoring a famous intercept try in the ’67 decider. McCarthy was a shock omission from the subsequent Kangaroo Tour squad, but he went on to play 15 Tests and captained Australia in the series-saving second Test victory against Great Britain on the 1973 Kangaroo Tour. The powerhouse backrower became the first forward since the legendary Frank Burge to score 100 career tries in making a record 211 appearances for Souths and in two seasons at Canterbury.

The calibre of players Brian Davies was chosen ahead of to partner Arthur Beetson in the second-row of the Queensland Team of the Century in 2008 is a clear indication of his standing in his home state, which he represented 31 times, and Australian Rugby League in general. Equally at home at prop, Davies made 17 of his 33 Test appearances – encompassing the 1952-53 and ’56-57 Kangaroo Tours – in the second-row. Tough, resourceful and a fine ball-player, Davies’ first grade career Brisbane Brothers and Canterbury spanned 17 seasons (1948-64). He captained Australia in the 1958 Ashes series at home, but his legacy as one of the great forwards was confirmed by his brilliant performances in Britain.

A product of the NSW north coast, Vic Armbruster played one game for his state of birth in 1922 but became a Queensland legend after being lured to Toowoomba by the great Duncan Thompson. A vital component of Toowoomba’s fabled ‘Galloping Clydesdales’ side of the mid-1920s, Armbruster played eight Tests for Australia – all against England – and starred on the 1929-30 Kangaroo Tour, forming one of the great international second-row combinations with George Treweek. A rugged, intimidating presence and a vigorous attacking forward, he eventually played 26 games for Queensland and was regarded as the northerners’ answer to the legendary Frank Burge. 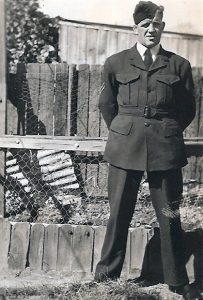 Herb Narvo led a nomadic Rugby League existence, but left a legacy as one of the toughest forwards Australia has produced and one of the foremost players of the 1930s and ’40s. He toured with the 1937-38 Kangaroos after just one season with Newtown, starring in four Tests. World War II curbed his rep career, but after several seasons back in his native Newcastle he returned to Newtown and helped the club win its last premiership in 1943, before captain-coaching St George to a Grand Final in 1946 – a year after he won the Australian heavyweight boxing title. A punishing defender and a fearsome ball-runner, Narvo was a genuine enforcer but a scrupulously clean and fair player. He was named as a second-rower in the Newtown, Newcastle district and NSW Country Teams of the Century in 2008. 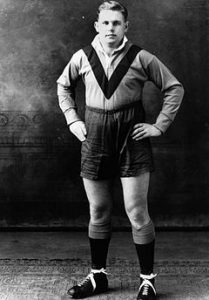 Referred to as the ‘greatest forward never to play for Australia’ for more than half a century, it is doubtful whether any player has been as revered or achieved more success without starring in the rigours of Test football than the ‘Old Fox’. The Brisbane Souths junior won premierships in all five of his seasons in Sydney – with Balmain in 1946-47 and St George in 1957-59 – but achieved legendary status in Britain with Warrington during the meat of his career. Rugged and tough, Bath developed into an outstanding ball-playing forward in the midfield, while his experience and guile garnered on the fields of England provided yet another facet to the unstoppable Saints machine’s armoury. A prolific point-scorer on the British club scene, Bath set a Sydney premiership record for most points in a season by a forward (225), and his eight goals in the 1957 decider remains a Grand Final record.

When Rugby League Week assembled a panel of experts to select a ‘best-ever’ team in 1982 to mark 75 years of Rugby League in Australia, South Sydney great George Treweek was chosen in the second-row alongside Norm Provan; many fine judges who were fortunate enough to see the tall, destructive ball-runner attest that he was the greatest second-row forward the game has seen. An integral part of the Souths dynasty that dominated the late-1920s and early-1930s, Treweek shared in seven premierships, captaining the side in 1933. Treweek played seven Tests against England in the 1928 home Ashes series and on the 1929-30 Kangaroo Tour, but business commitments curtailed his representative career thereafter. He was edged by Souths lock Ron Coote for a place in the Australian and NSW Teams of the Century. 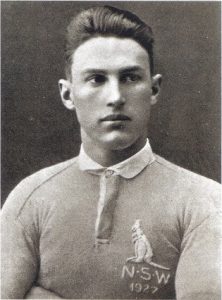 Norm Provan’s phenomenal Grand Final record alone is an obvious sign of the towering second-rower’s influence. ‘Sticks’ featured in 10 consecutive premiership victories for the mighty St George side, beginning with the 1956 Grand Final that started the club’s world record run and culminating in a triumphant exit from the game after the pulsating 1965 decider against Souths – his fourth straight triumph as captain-coach. An imposing physical presence, Provan’s powerful ball-running and tough defence were his on-field trademarks. His 18-Test tenure began in the 1954 Ashes triumph on home soil, before touring with the 1956-57 Kangaroos, featuring in the World Cup-winning campaign in 1957 and grappling with the British forwards again in 1958. Provan’s selection as a second-rower in the ARL Team of the Century in 2008 secured his rightful place as one of Australia’s greatest forwards, while he gained plenty of support to become the eighth Rugby League Immortal, an honour that instead went to Andrew Johns.

The 10 Best Defenders of the NRL Era